ZOMBOLETTE’S FLOPPY #2 is a comic-style book about an amnesic zombie and her best friend Prangstein the Octopus, plus some other hamster man she lives with named Cameron. I actually made an effort with the art in this one for a change.

You can buy a copy via my online store.

If you’re reading this you’re probably my friend and you know all about it already because I’ve been talking about it for years. Or perhaps you’re just a regular flashy tart with exquisite taste. Hello to you too!

In this issue, you will follow our undead pal Zombolette as she finally examines her gender identity. I’ve always been interested in Zombolette’s self-perception, because she doesn’t remember who she was when she was alive, she’s just trying to piece it together post hoc. So how is she gonna work it out? How do we know who we are? Anyway, she decides to join a nudist colony, so she’s naked for the entire comic. You do see some nudie bits but it’s mostly tasteful I’m sure.

Meanwhile, Cameron is sent to prison for indecent exposure because he was lactating in public (a fun side-effect from a medical trial). The other inmates are a bit rude at first, but perhaps ole’ Cam can win them over with a milky surprise…!* You see some of his nudie bits too, but it’s more like a breastfeeding mother pig than anything saucy, so don’t sweat it.

Learn about friendship, fun, prison, and the wonders of the mammalian body in this calcium-packed issue of Zombolette’s Floppy.

*You don’t have to read the first issue first, it won’t help any of this make sense. 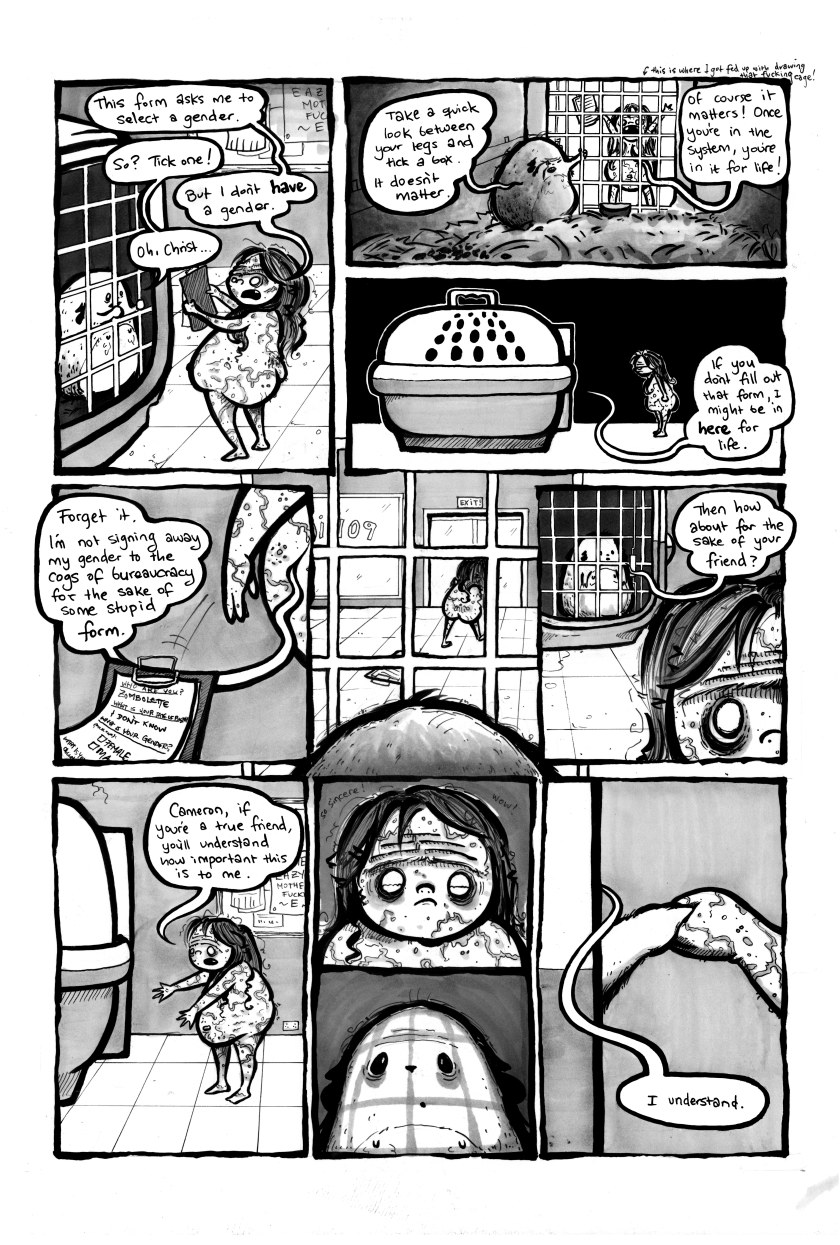